We live at the north/western edge of the rural area of „Sauerland“; the industrial Ruhr-area is also very close. Our historical roots go back to the late middle age. In post reformation time, our church and most of the Hennen citizens became prostestant. During that time (1733-1948) there was a lutheran and a reformed church, which both used the „Johanneskirche“ as there place to worship. Since 1949 we have been a united protestant church.

Pastor Christine Grans welcomes you to John´s church on Sundays. The same does Pastor Brigitte Zywitz in Kalthof. A retired Pastor and 5 praedicants/laypreachers join the team.

The Presbyterium (the board) leads the parish and is elected all four years by the members. Our Kindergarten (preschool) where 65 children age 2-6 are educated, makes our parish life fresh and lively.

We have a partnership for over 30 years with the protestant church in Vuga/Tanzania. Some visit´s have been made and there is a sponsoring program where both sides are profiting.

If there is any information you miss in english language and you think we should put on this website – contact us.

If you are on this website for a genealogy reason, or another reason where you would like to get in contact with us, please feel free to do so under englishdontospamme@gowaway.evkg-hennen.de.

A Special THANK YOU to my friend Shirley Richter from Delavan, WI, USA, bringing this site to understandable english. 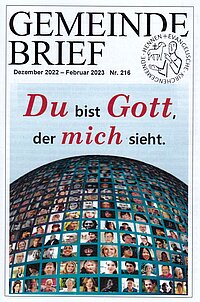